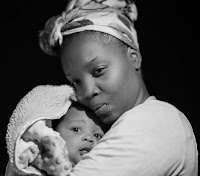 25% of medical negligence cases received by the Kenya Medical Practitioners and Dentists Board (KMPDB) have been from mothers, according to the Daily Nation. Many doctors state that these complaints are not due to their misconduct, but instead as a result of Kenyan women delaying accessing healthcare, particularly during their pregnancies. Despite this, there is plenty of evidence to suggest that medical  malpractice is happening on maternity wards up and down the country.

In some cases, medical professionals are being bribed by mothers to prevent their babies from being stillborn. There are  96 stillbirths in Kenya every day, so it’s understandable why women are doing all they can to prevent the loss of their babies. One reason for the high number of stillbirths is how long women have to wait for doctors to deliver their children. As a result, many are financially bribing doctors in order to jump the queue. One Kenyan woman, Anne Khasakalla, has openly admitted to giving 2,000 shillings to avoid a potential third stillbirth. But the risk with doctors prioritizing the women giving them money is that other women are waiting even longer to receive the care they require, which puts them at greater risk of stillbirth and other complications.

Any Kenyan woman that has experienced negligence from a medical practitioner as a result of him or her prioritizing women who have bribed their way to the front of the queue should ensure they seek legal assistance. Personal injury specialists,  JJS Law emphasize the long-term impact of injury during childbirth. The severity of a birth injury as the result of medical negligence puts mothers in a place to actively seek compensation, and this may even lead to the doctor’s medical license being revoked. It’s certainly worth seeking legal help when negligence has occurred, as was demonstrated in May 2018 when Nairobi Women’s Hospital  had to pay out Sh54.7 million to the mother of a child who got cerebral palsy following negligence during birth.

The future of maternity care

While it’s reassuring to know that there is help available to women that have gone through the unthinkable during their pregnancy and childbirth, it’s clear that something needs to be done to stop negligence from happening. The Medical Practitioners and Dentist Board have advised that approximately 46 doctors have lost their licenses due to them accepting bribes from women, to help safeguard all pregnant women. Meanwhile, Dr. Kireki Omanwa, secretary-general for the Kenya Obstetrical and Gynaecological Society has called for more medical specialists to be trained and added to the workforce. He also believes that better equipment is needed to help medical professionals monitor and assess mothers and their unborn babies so that swifter decisions can be made regarding their care.

The fact that so many doctors are willing to put their careers on the line - and the lives of mothers and their unborn children at risk - all for the sake of earning a few extra shillings is worrying. It’s therefore crucial that medical boards continue to clamp down on these professionals, and that further steps are put into place to safeguard those that come into contact with these individuals.