Man commits suicide by jumping from 7th floor after losing Sh15 million in a casino in Kilimani, Nairobi! 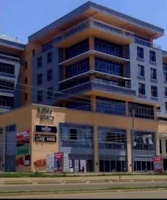 The man identified as Richard Wangai jumped to his death from the 7th floor of Adlife Plaza where the casino is located.

According police reports, the man arrived at the building at 4pm and remained within the premises until 5pm when took his own life by jumping from the top floor.

The police also found some tablets in the deceased’s pocket before his body was moved to the City Mortuary.
Police have already launched investigations into the incident.

The deceased, Meshack Keith Bwisa, an employee of Kenya Revenue Authority (KRA), left a note citing frustrations arising from unsuccessful bets as the reason for killing himself.

Police who visited the scene said they found a jiko on the floor which had charcoal ashes, indicating that Bwisa could have died from carbon monoxide poisoning.