Tuesday, January 28, 2020 - Lebron James has penned an emotional tribute to fallen NBA legend, Kobe Bryant, and revealed that they spoke on phone hours before the tragic helicopter crash.

Bryant, his 13-year old daughter, and seven others died on Sunday morning after their helicopter crashed and burst into flames in Calabasas, California.

Taking to Instagram, King James, who broke Bryant’s scoring record to become the third-leading scorer in NBA history hours before the helicopter came down, paid a touching tribute to his ‘brother’ and vowed to carry on his legacy.

Bryant won five NBA championships across 20 years with the LA Lakers and is regarded as the greatest ever to grace the sport.

Sharing a series of photos of them on the basketball court, James wrote:

"I’m Not Ready but here I go. Man I sitting here trying to write something for this post but every time I try I begin crying again just thinking about you, niece Gigi and the friendship/bond/brotherhood we had!" James wrote, along with multiple photos of himself and Bryant.

"I literally just heard your voice Sunday morning before I left Philly to head back to LA. Didn’t think for one bit in a million years that would be the last conversation we’d have. WTF!!
"I’m heartbroken and devastated my brother!

“Man I love you big bro. My heart goes to Vanessa and the kids. I promise you I’ll continue your legacy man! You mean so much to us all here especially #LakerNation. 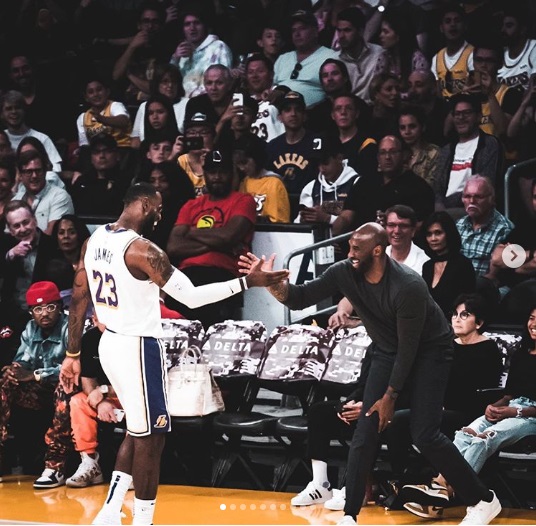