Leaked documents now reveal how RAILA handed UHURU the Presidency in 2013 - Look at the stupid thing that Baba did! This old man is not interested in being the President

Monday January 6, 2020 - Leaked documents revealed how African Union envoy, Raila Odinga, rejected a move that would have made him Kenya's President, a seat he has coveted for a long period of time when he competed against the current Head of State Uhuru Kenyatta in 2013.

According to the leaked documents which originated from Cambridge Analytica, the lobby group had approached Raila in 2013, with a promise to help him ascend to power.

However, Raila was reportedly overconfident that he would win the 2013 elections against Uhuru, forcing the company to shift its base to the latter's camp.
Uhuru went on to win the 2013 and 2017 elections with support from UK's Cambridge Analytica.

According to the report, emails between CA and a Kenyan contact which were leaked by a whistleblower site, Hindsight Files, disclosed how Raila's camp thwarted the idea.

"Last time we had a fruitful engagement which led to a meeting with Marcus Beltran of SCL (formerly Strategic Laboratories Communication - a mother group of CA), and ODM top brass."

"It was truly unfortunate that ODM was too confident and thought that the services of SCL would best serve them in 2017 elections when they were already in power."

"The results of their overconfidence is well known," a December 2, 2013 email from the company's Kenyan contact read.

"Insights were used to produce messaging to appeal to target groups, Issue hierarchies and propensity to change vote scores were produced for each group," a document to The National Alliance (TNA) read.

CA kept track of Kenyan politics and before approaching Uhuru in his 2017 re-run, the lobby group was reportedly approached by Raila's camp to help them pip the Head of State to the presidency. 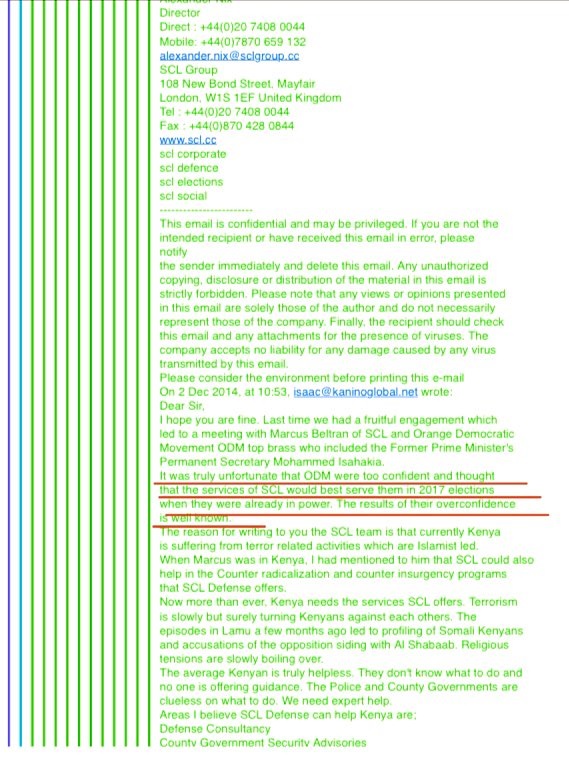 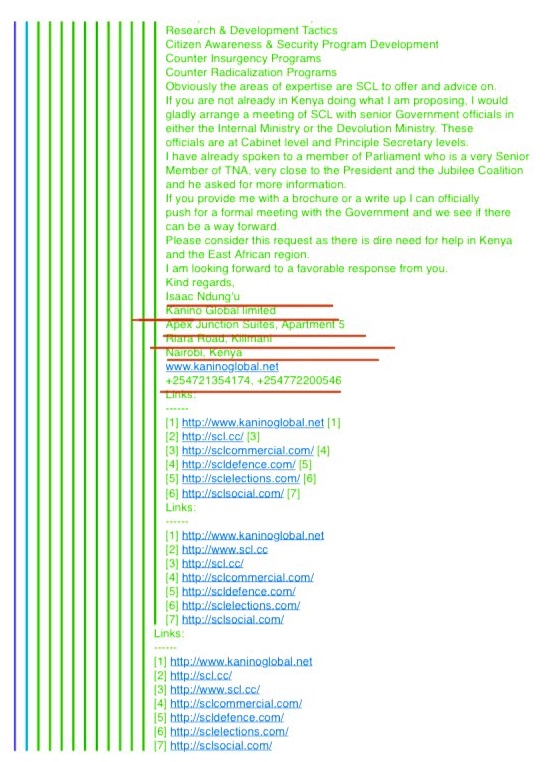