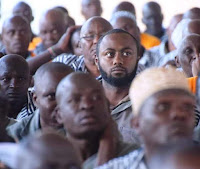 Tuesday, January 28, 2020 - The decision by the courts to release Embakasi East MP, Babu Owino, on bail, after he shot a DJ in an upscale Club in Nairobi, has not gone down well with the majority of Kenyans.

The controversial legislator was caught on camera casually drawing his gun and firing at the DJ and later dragging his body out of the club like an animal.

Despite the overwhelming evidence, the court granted Owino bail, while Jowie, who is accused of killing Monica Kimani is languishing in Manyani Prison after he was denied bail.
Kenyans have accused the Judiciary of favoring the rich and powerful while handing punitive sentences to the poor and called on CJ David Maraga to fix the Judiciary and make it work for everyone.

See the tweets below. 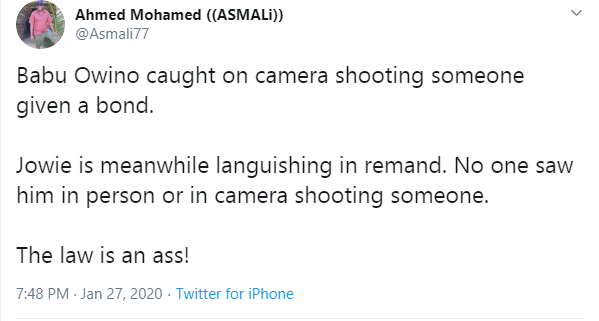 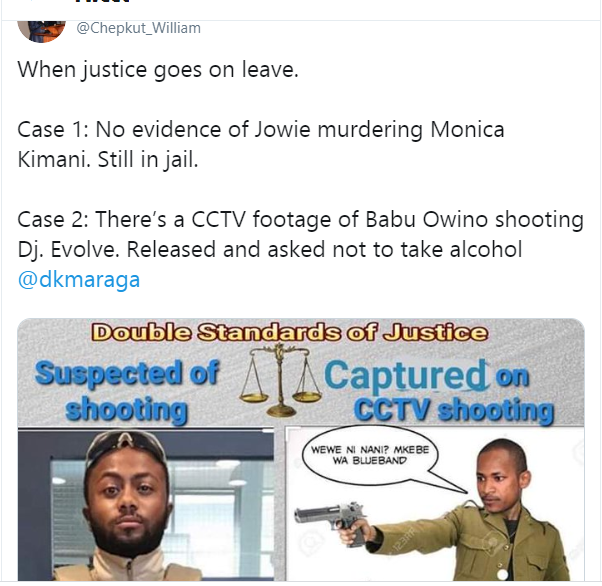