Uhuru made the announcement in his address to the nation from State House Mombasa, where he has been since breaking for Christmas.

Trade and Industrialisation Cabinet Secretary, Peter Munya, takes over from Kiunjuri in the Agriculture docket.
Last week, Kiunjuri became the butt of all jokes on social media after he asked Kenyans to take photos of locusts threatening Kenya’s food security to alert his Ministry to take action.

Kiunjuri has also been seen crisscrossing the country with DP Ruto engaging in politics despite being barred from doing so.

Kenyans have taken to social media to react to his sacking and it is clear that most people have welcomed Uhuru’s move to show him the door.

Check out the tweets below. 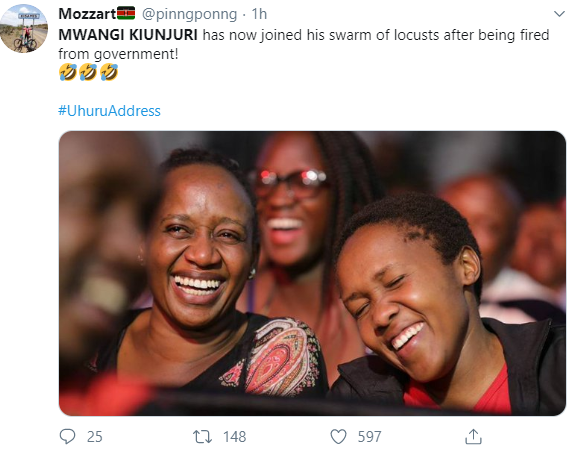