Is UHURU sending a message to CJ MARAGA with these anti-Judiciary banners erected in Nairobi at night? (PHOTOs)

Tuesday, January 28, 2020 - The fight between the Executive and the Judiciary is getting messy if these anti-Judiciary banners erected on major roads in Nairobi are anything to go by.

The Banners erected along Thika Road, Mombasa Road, and Jogoo Road accuse the Judiciary of being corrupt and only jailing poor Kenyans.

"Why is the majority of inmates in Kenya the poor people, we demand a working Judiciary free of corrupt judges now." one of the banners reads.
Another banner called out the Judiciary for failing to convict drug loads like the Akashas who were recently jailed for over 20 years in the US.

President Uhuru has in the recent past criticized the Judiciary led by CJ David Maraga and it seems the banners were erected by State operatives to paint the Judiciary as the stumbling block in fighting corruption.

See the banners and reactions from Kenyans below. 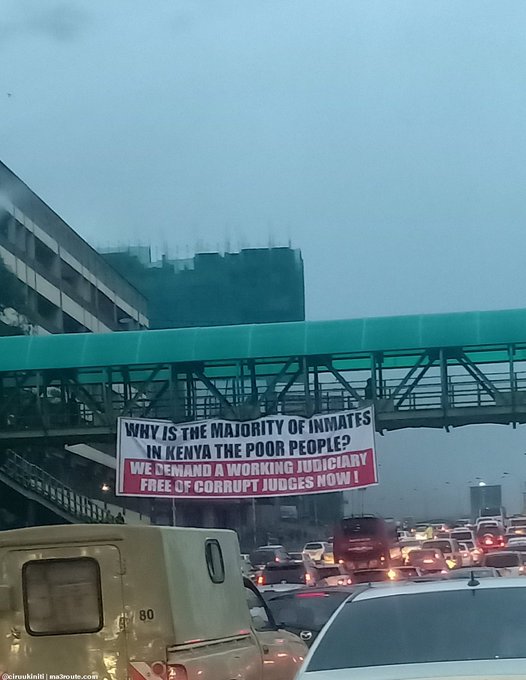 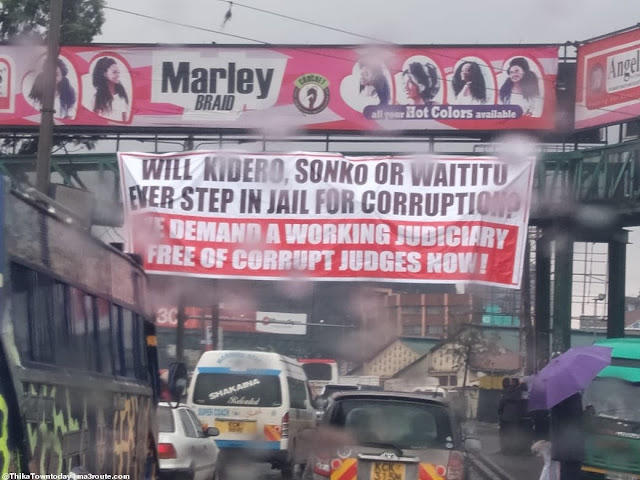 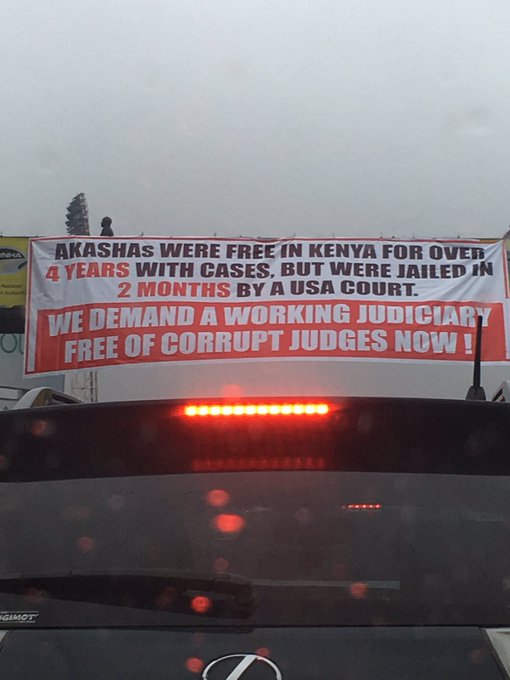 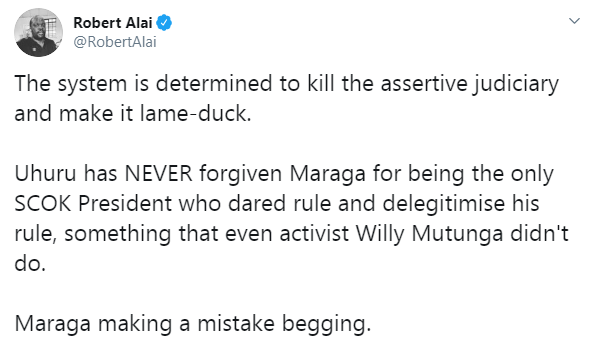