Here is a photo of the gun BABU OWINO used to shoot DJ EVOLVE of B Club – His finger prints are all over it and he cannot escape from an attempted murder charge!

Friday January 17, 2020 - Detectives from the Directorate of Criminal Investigations have finally managed to recover a firearm that was used by Embakasi East MP, Babu Owino, to shoot B Club resident DJ Evolve on Friday morning.

The ODM MP used a Glock pistol to shoot the DJ in the neck after a heated exchange.

“Detectives have managed to recover the firearm that is suspected to have been used by Hon. Babu Owino at the B Club shooting incident.”

“Nine rounds of ammunition and a spent cartridge have also been recovered and placed as exhibit awaiting analysis by ballistic experts,” DCI said in a statement.
Here is a photo of the gun and ammunition that Babu Owino used in his attempt to send DJ Evolve to his maker. 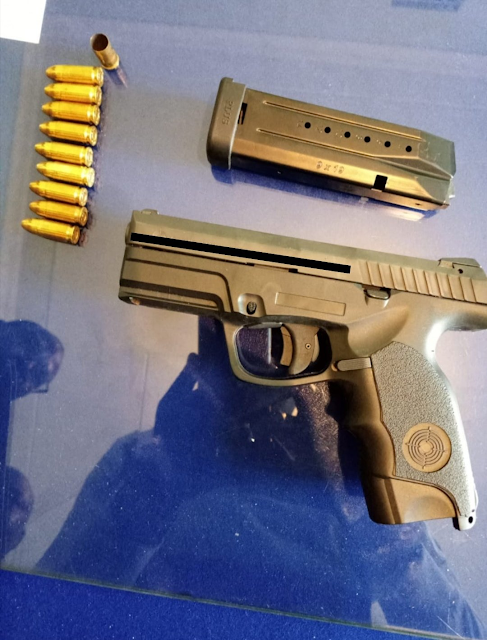