Here are the two toxic posts MIGUNA put up on facebook that sealed his fate - The self declared general may never set foot in Kenya. 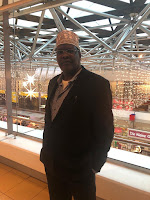 In one of the posts, Miguna revealed that Raila Junior and Winnie Odinga are not biological children of Raila Odinga and added that they were sired by another man while he was in jail.

In another post, Miguna claimed that Tourism CS Najib Balala is President Uhuru Kenyatta’s gay partner and further revealed that Uhuru appointed him CS because he enjoys “drilling” him.
According to Robert Alai, these two toxic posts that Miguna put up on facebook sealed his fate.

Apparently, President Uhuru Kenyatta and Raila Odinga are the two powerful people behind his woes. 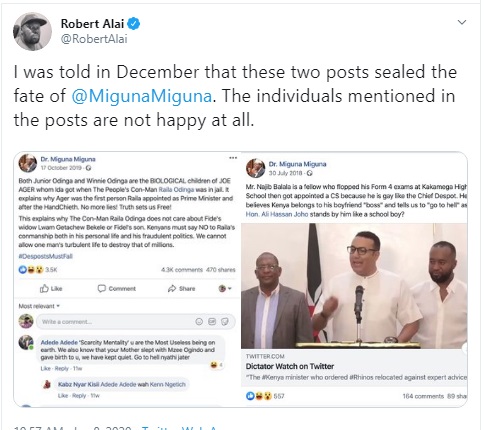 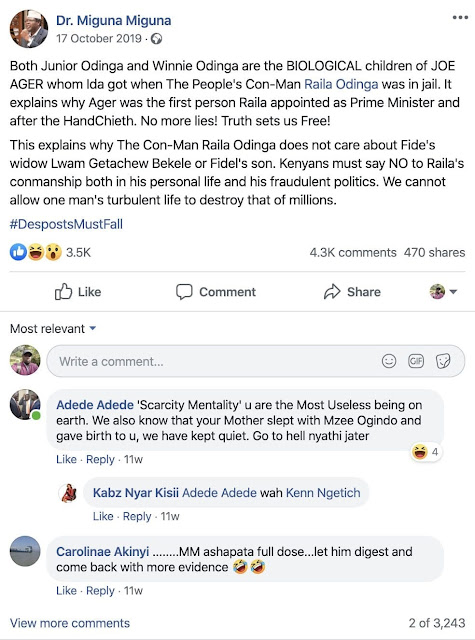 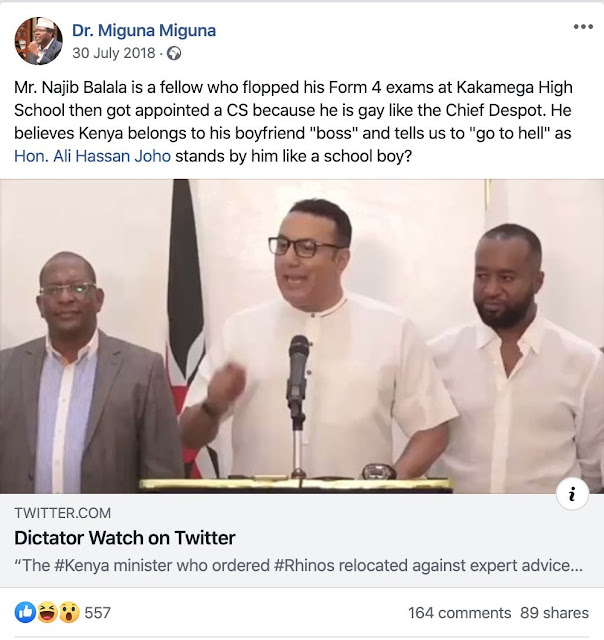 Miguna  is yet to jet into the Country after the Government issued a red alert to airlines, warning them that no plane will be allowed to land in the country with him on board.