DCI please! Armed civilian draws a pistol in broad daylight and threatens to shoot another motorist in Pangani - He was driving a Prado Reg No KCV 303P (PHOTOs & VIDEO) 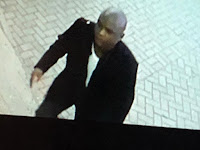 Thursday, January 10, 2020 - Kenyans have called for the arrest of a man who was caught on CCTV threatening to shoot a motorist at Pangani, Nairobi.

The irate man came out of a Prado Reg No KCV 303P armed with a pistol and started threatening the motorist and hurling insults at him.

The identity of the armed civilian who was misusing his firearm has not been established.
See photos and video shared by a social media user. 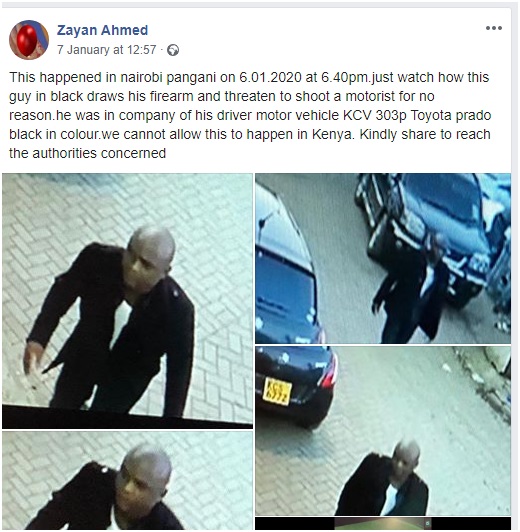 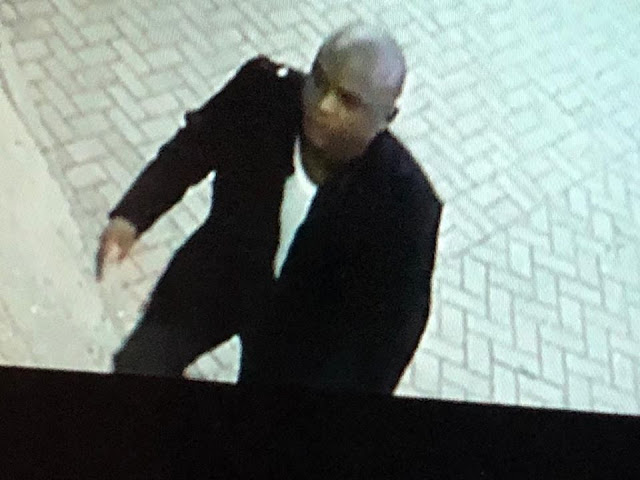