The Constitution doesn’t allow UHURU to vie for any seat in 2022 – City lawyer tells busy bodies like MURATHE, ATWOLI and TUJU 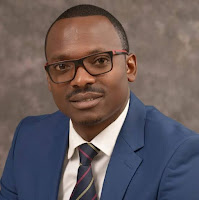 Friday January 3, 2020 - An outspoken city lawyer has waded into the debate on whether President Uhuru Kenyatta can go back to office after 2022.

Some rent seekers led by former Gatanga MP, David Murathe, have been claiming that Uhuru will not go home in 2022 and he will instead go for the Prime Minister’s post.

But in a tweet on Friday, lawyer Steve Ogolla said that Uhuru has to go home in 2022 as envisaged by the Kenyan constitution, which is the country's supreme law.

The lawyer dismissed those rooting for Uhuru to play a role in next Government as terribly mistaken.
"The argument that President Kenyatta can be recycled is terribly mistaken, fundamentally flawed, and constitutionally offensive."

"There can be no legal maneuver that may get President Kenyatta back to public office, not even as nominated MCA," he wrote.