Confusion as court stops Deputy Governor JAMES NYORO from taking over from WAITITU after Judge ONYIENGO refuses to swear him in - Is he on WAITITU’s payroll?

Thursday January 30, 2020 - The much-awaited swearing-in of Kiambu's Deputy Governor, James Nyoro, as Kiambu County Governor on Thursday, January 30th, may not be taking place after all.

This is after the court abruptly postponed the swearing in of Nyoro in unclear circumstances with the judge set to officiate the event failing to show up.
According to reports, the Judiciary gave a statement that indicated that another date would be set for the event that followed the impeachment of Ferdinand Waititu by the Senate.

“We apologise for any inconvenience caused,” read the Judiciary statement.

However, some sources indicated that High Court Judge, John Onyiego, who was to officiate the swearing in ceremony refused to take part in the event, saying that the procedures were not followed.

According to the Judge, Nyoro is supposed to be sworn in 10 days after Waititu’s impeachment and not immediately after. 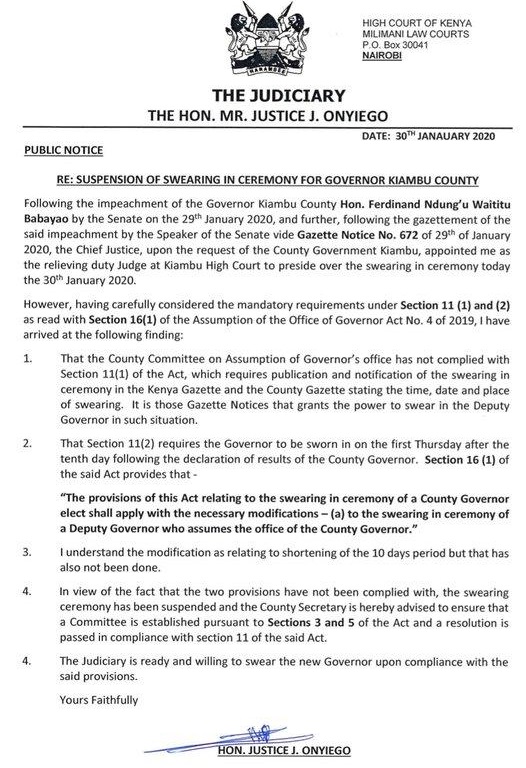