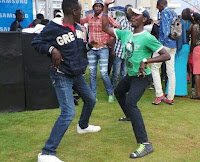 Tuesday January 14, 2020 - President Uhuru Kenyatta has made a big u-turn and directed that the implementation of the new NHIF rules be halted with immediate effect, following an outcry by Kenyans and politicians alike.

The President made the announcement at a Press Conference in State House, Mombasa, on Tuesday.

"Fellow Kenyans, in regards to health insurance, I am aware of the proposed changes in the fees and structures of insurance benefits by the NHIF.”
"Given my administration's commitment to providing affordable healthcare, I direct the Ministry of Health to immediately halt the implementation of these proposals to allow further consultations," Kenyatta stated.

NHIF made changes to the terms of its cover, reviewing the number of dependants to a maximum of five children and one spouse for the national scheme.

Previously, the card could accommodate up to 10 members of the same family.

It also increased the waiting period for new voluntary members from 60 days to 90 days and one is expected to have paid Ksh 6,000 upfront for the 12 months.