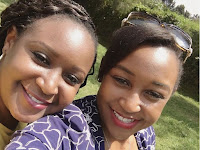 Wednesday, January 1, 2020 - The drama surrounding Betty Kyallo and her ex-husband and baby daddy, Dennis Okari, has taken another twist.

This is after Betty's sister, Mercy, came out guns blazing attacking Okari and his colleague, Ken Mijungu.

It all started after Betty took to Instagram to narrate how her 4-year old daughter with Dennis Okari, was diagnosed with arare autoimmune condition called ADEM (acute disseminated encephalomyelitis) that saw her stay in ICU for a whole month.

She, however, failed to acknowledge the role Okari played throughout Ivanna’s illness thus painting him as an irresponsible father.

Okari’s colleague at NTV, Ken Mijungu, took it upon himself to set the record straight and reveal that Okari raised over Sh7 million towards Ivanna’s medical bill besides spending several nights in hospital watching over her.
Mijungu seems to have rattled the Kyallos after Betty’s sister, Mercy, took to social media to write a scathing post bashing Okari and trying to downplay his contribution in Ivanna’s illness and life at large.

Mercy claims that Ivanna was hospitalized for four months but Okari visited her for only four weeks. 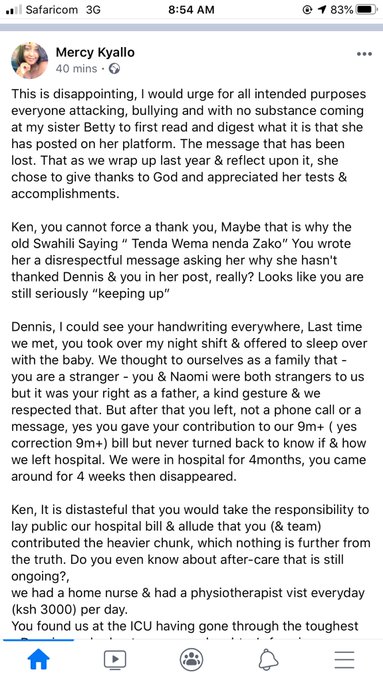 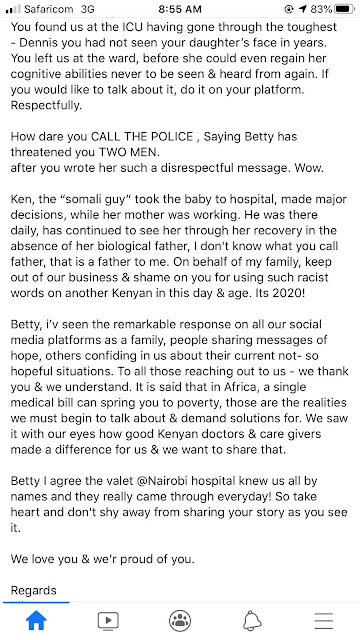