BABU OWINO now reveals why he shot a DJ at a Nairobi club - Did he attempt to assassinate the Embakasi East MP? This is shocking 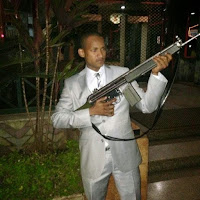 Friday January 17, 2020 - Embakasi East MP, Babu Owino, has broken his silence after he was arrested following a shooting incident at a popular club in Nairobi.

Through his social media pages, Babu explained that he was in the company of his friends at the club, when he was suddenly surrounded by a group of individuals.

"I was surrounded by a large group of aggressive individuals.”

“In the melee, there was an exchange of gunfire," an excerpt from his post read.

He further stated that he had been facing threats from his political enemies.

"A few weeks ago, I made a public statement regarding threats that I had been receiving against my life.”

“At the turn of the year, I reported an attempted assassination at the Parliament Police Station under OB number OB21/17/11/2019 at 17:28hrs.

"I have been living under the weight of intimidation and threats by my political opponents," he stated.

The MP requested the relevant authorities to look into the matter while at the same time urged his supporters to remain calm.

"I will continue to serve wananchi fearlessly.”

“This will not deter me from supporting H.E Uhuru Kenyatta and H.E Raila Odinga in the journey to transform our country," he concluded.