Astaxanthin the Perfect Solution to Improving Your Overall Health

Astaxanthin the Perfect Solution to Improving Your Overall Health

More people are trying to find a means to improve their overall health. In this busy society it is difficult to do all that one can to eat the right things, get to the gym on a regular basis, and avoid products that can have a negative effect on their body.

This is why many are turning to supplements as a solution to their goal of reaching optimal health. However, finding the right medicine or supplement can be a real challenge. Many make claims but few have support to back it up, that is until Astaxanthin.

What Is Astaxanthin?
Astaxanthin is a nutrient that comes from the group known as carotenoids. This is a naturally occurring substance found in algae and is what gives color to such animals as salmon, trout, lobster, shrimp, and other forms of seafood.

Astaxanthin is referred to by many as the “king of the carotenoids.” What has helped to earn this reputation is by what a powerful antioxidant the substance is. It is also a pro-oxidant which means that it does not create any harmful oxidants to the body. This helps to produce a number of beneficial effects for the body that not only helps to improve health but athletic performance as well.

The Benefits of Astaxanthin
What has been found is that this substance provides a number of nutritional benefits. These benefits cover the whole spectrum, including:

1.     Reducing Diabetes – several articles have espoused the great benefits that Astaxanthin provides for those who are suffering from diabetes. According to an article in HealthCareWeekly.com, this compound helps protect the cells that produce insulin, which helps reduce the risk of high blood sugar counts. It also aids in the sensitivity of insulin which aids in the body reducing sugar levels.

2.     Reducing Cancer Risks – one must always be careful when reading assertions that a particular supplement or nutrient will reduce the risk of cancer, but there have been a few studies that have discovered that the antioxidants found in Astaxanthin can provide both short and long-term benefits for those suffering from breast cancer. At this point, research is limited because the cost to purify Astaxanthin has become cost prohibitive to conduct further studies.

3.     Reduce Heart Disease - heart disease has long been one of the leading causes for death, but the effects of Astaxanthin have been proven to reduce those risks. Not only does this nutrient reduce LDL cholesterol while at the same time increasing HDL cholesterol, but this helps to prevent blood vessels from clotting or having reduced pathways.

In addition, research has found that Astaxanthin reduces high blood pressure is well. Not only do arterial wall thicknesses improve, but elastin levels rise as well, helping increase blood flow. The combination of reduce cholesterol and improved strengthening of the arterial walls is having a profound impact on reducing heart disease and other cardiovascular problems.

4.     Reduces Joint Pain – a number of factors play a role in joint pain, including inflammation of the tendons, joints, and muscles. All of these can lead to an increased level of pain, and can reduce mobility and strength. However, clinical tests have found that Astaxanthin can reduce inflammation and improve efficiency in the joints.

Sufferers of such conditions as tennis elbow, arthritis, carpal tunnel syndrome, and other types of long-term injuries have seen dramatic improvement. A study conducted by a company in Hawaii reported that 80% of those who are suffering from back pain saw significant improvement by taking the supplement.

5.      Improve Performance - for athletes, Astaxanthin has been shown to assist in overall athletic performance. The idea for this came from the performance of salmon as they swim upstream against turbulent conditions. This fish will not eat during its journey, yet is able to go hundreds of miles upstream while still maintaining its endurance.

It did not take long for researchers to conclude that this same kind of performance that the salmon reap from Astaxanthin could benefit those engaged in physical exercise. By taking the nutrient, it slowed down fatigue and decreased soreness in both muscles and joints. This became one of the most effective anti-inflammatory nutrients.

6.      Protects and Improves Skin – the leading cause of damage to the skin is ultraviolet radiation, and Astaxanthin has not only been found to provide greater protection for the skin against these UVA rays, but can actually work as a nutrient to help replenish the cells within the skin. This is become the new antiaging formula, and there is enough evidence out there to point to the fact that it will act as a natural sunscreen.

7.     Helps Brain Activity – Astaxanthin has had a profound impact on brain activity as well. It starts with the fact that it can greatly reduce the damage caused when a person suffers from a stroke. Clinical studies have shown that a person who was taking the supplement prior to his stroke saw much less damage than those who are not taking the supplement.

In addition, those who have suffered some form of brain injury will also see greater cognitive functioning once they have started taking the supplement. Because Astaxanthin works to decrease swelling following an injury, a reduces the potential for injury and helps in the healing process. This has accelerated the healing process and restored much of the functionality a person had prior to the injury.

Another positive benefit for the brain has been the effect that Astaxanthin has had on both Parkinson’s and Alzheimer’s diseases. The antioxidants have been shown to reduce the effects that these diseases will have on a person’s brain, and have been able to restore some functionality that has been diminished because of the disease.

When one hears about all of these great benefits it is easy to be skeptical. Many supplements make such claims, but what separates Astaxanthin from those others found on the market is that there is a significant amount of clinical studies that have been performed to backup the results claimed.

This is not anecdotal evidence supporting the claims. At least that is not the only support. Several studies have been conducted and have discovered that this is a supplement that will have dramatic effects on improving the life of those who take it. It may become the supplement a person simply can’t live without, especially considering that these seven benefits are just the tip of the iceberg in terms of what it could do for the overall health of the individual.

This article comes from JGBilling, a Chicago Medical Billing and Coding company 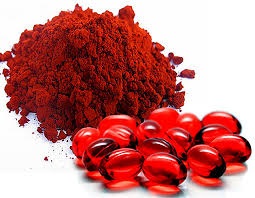