Woman beats husband like a rat in a bus after he called her a PROSTITUTE, claiming a male passenger had asked her for her phone number! Ona vituko (VIDEO)

0 Entertainment News, Gossip and Drama, Videos 03:42
A+ A-
Print Email 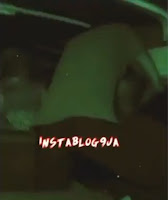 Thursday, December 5, 2019 - A no-nonsense woman rained kicks and blows on her husband in a bus as passengers watched, after they were engaged in a heated argument.

Trouble started after the husband confronted the wife, claiming that a male passenger in the bus had asked her for her phone number.

She called the wife a prostitute, an insult that resulted to a fierce fight.

The poor husband was beaten like a toddler as passengers watched.
Watch video.
The Kenyan DAILY POST