Walishikwa wakinyanduana! DRAMA as a driver is caught red handed having SEX with his boss’ wife in his matrimonial bed – Everything filmed( WATCH VIDEO). 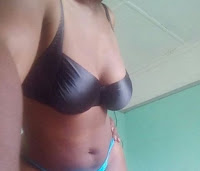 Saturday, December 21, 2019 - The proverbial forty days of a sexually starved driver who was having a secret affair with his boss’ wife reached after  the boss set a trap for them, following reports from close friends that the man he had employed to chauffeur him around was meeting his wife for secret sex escapades while he was away.

The boss reportedly stumbled upon messages of his wife planning for a sex date with the driver after snooping through her phone.

Apparently, the randy wife had invited the driver to their house for sex after informing him that the boss was away on a business trip.
After finding out about the plan through the text messages, the boss hired some goons who accompanied him to teach the driver a lesson he will never forget.

A video shared online shows the boss and his goons beating up the poor driver like a stray dog after catching him red handed exchanging fluids with his wife in their matrimonial bed.

The driver, who is a young man, tried to hide under the bed but his efforts bore no fruits.

The poor driver was left begging for mercy like a toddler but the merciless boss and his goons continued beating him black and blue.

Watch video of the drama.
The Kenyan DAILY POST