Thursday, December 5, 2019 - Photos of a pastor offering his congregants beer, wine and meat during a church service have emerged on social media, leaving most netiens saying this is the end of the world.

The South African Pastor says the beer is not meant to get his congregants drunk but for salvation and healing.

The pictures show the pastor holding a microphone in one hand, while using the other to feed the congregants beer.

Interestingly, some netizens who love beer are asking for the location of the church to enjoy a free drink.
See the photos and reaction below. 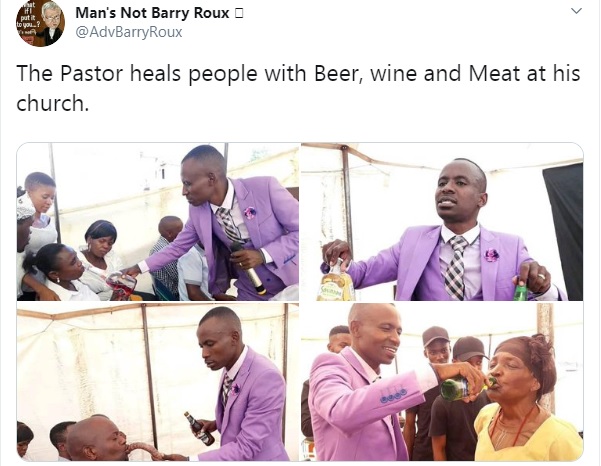 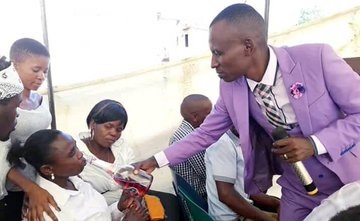 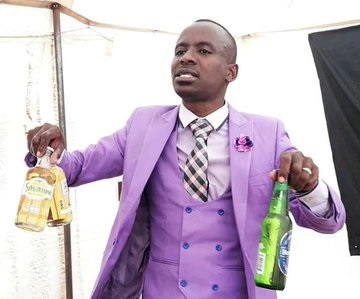 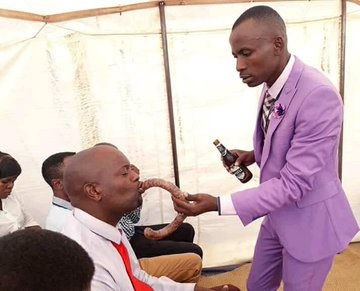 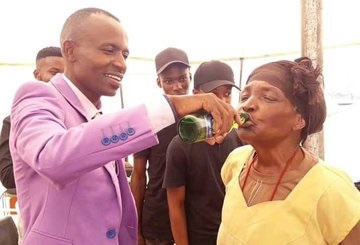 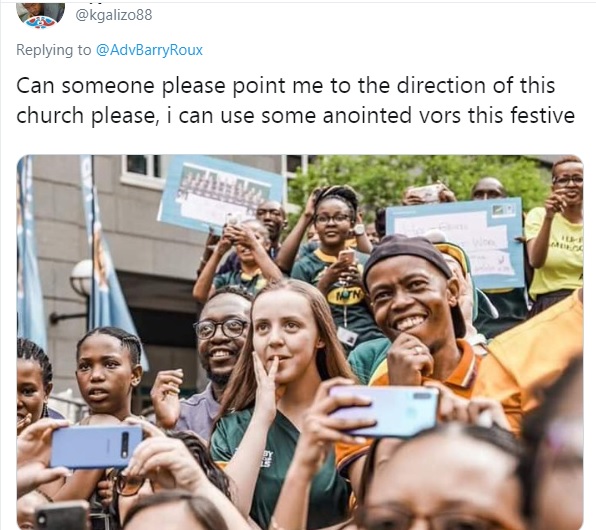 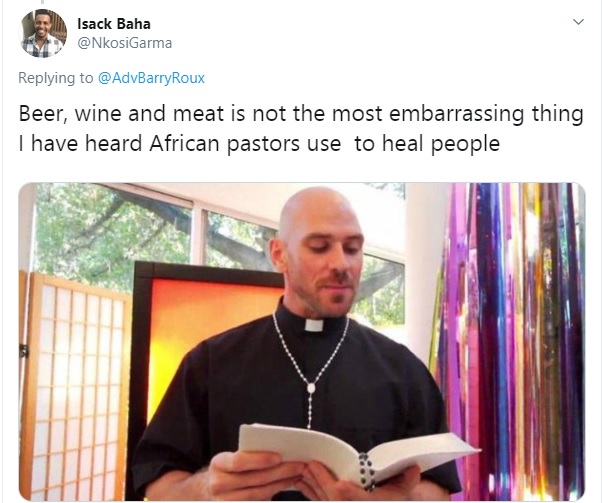