This is what MIKES SONKO tweeted in 2017 after being sworn in – Politicians are like PROSTITUTES, always full of false promises

Monday, December 9, 2019 - When Nairobi Governor Mike Sonko took over from his predecessor, Evans Kidero, he was full of promises to city residents.

Soon after he was sworn in, the embattled Governor, who is accused of embezzling more than Ksh 350 million from the County coffers, promised that he will work round the clock to guarantee efficient and timely services for all city residents.

But these were just empty promises.

Just like his predecessor, he has turned the city into a big mess.
This is what Sonko tweeted after being sworn in 2017. 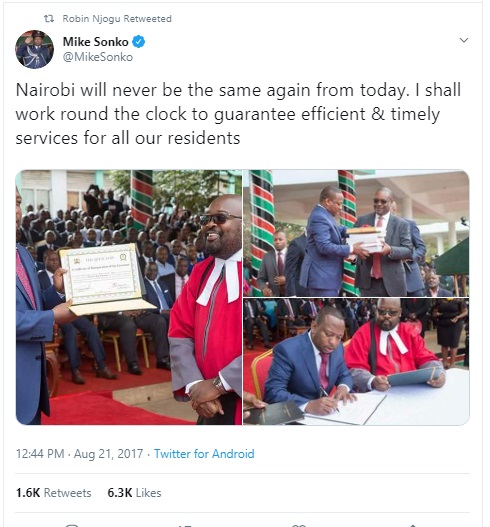