Saturday December 21, 2019 - After the court barred Nairobi Governor, Mike Mbuvi Sonko, from accessing his office, the power ball now rests in the corner of one man, Simon Leboo ole Morintat.

Morintat was a former Kilifi County clerk and has managed to serve astutely as an administrator under the Government of both Evans Kidero and Sonko.

According to reports, Morintat is currently serving in two capacities at the County.

He is the acting County secretary and the Public Service Management Chief Officer.
Following the court order, Morintat now wields the power at City Hall.

Morintat established himself as an indispensable member of Sonko's administration due to his vast experience in the public service sector.

Since Polycarp Igathe stepped down as the Deputy Governor in January 2018, Morintat became Sonko's go-to person. 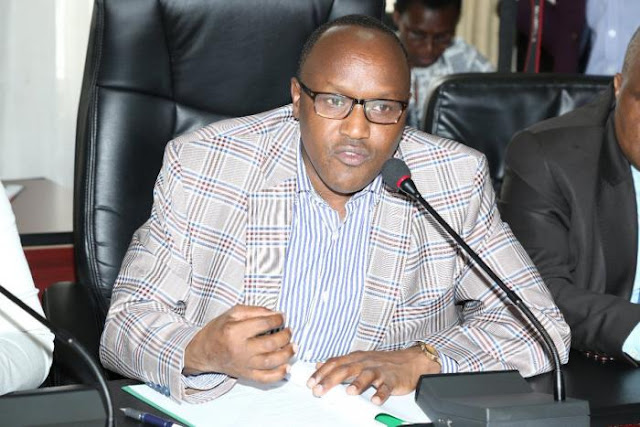 In September 2018, Sonko, off the books, created the role of Deputy County Secretary and appointed Morintat to it.

His role as the County Secretary is the most critical and active office currently.

“He is one of those who are highly trusted by Sonko.”

“He has been there for long and even acted briefly as a clerk,” an MCA intimated.

Morintat oversaw the implementation and realisation of many County projects.

For instance, he led several City Hall officials in the inspection of nearly complete County projects.

He is eyeing the Narok County Gubernatorial seat come 2022.