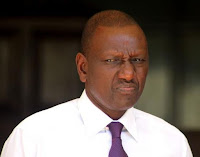 In a press release, NCIC Chairperson, Dr Samuel Kobia, condemned some remarks made by politicians about the report over the weekend.

“We are concerned that the utterances are likely to undermine national cohesion, healing, reconciliation and the gains the country has made since 2007/08 post-election violence,” he said.

This comes after Sunday’s political drama in Nyeri where rival youth groups from Jubilee factions Kieleweke and Tanga Tanga clashed ahead of Deputy President William Ruto’s visit to Giakanja AIPCA Church for a fundraiser.

Some leaders who graced the function opined that BBI is not the solution for peaceful elections and unity despite the report indicating that it will address the said issues.
Led by Gatundu South MP, Moses Kuria, the leaders threw shade at President Uhuru Kenyatta and opposition leader, Raila Odinga, saying that the only solution to a peaceful and united Kenya is for the two to retire from politics.

NCIC has now asked politicians to stop making remarks that will lead to further divisions in the country.

“We are appealing and warning the political class to avoid making irresponsible statements that might jeopardise peace and the fragile national cohesion fabric,” said NCIC chair, Rev Kobia.

The agency has urged the public to turn a blind eye to politicians making inflammatory remarks.