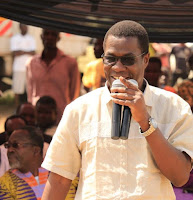 Speaking in his constituency on Saturday, he warned that the party will not allow any changes in the constitution if they are to be implemented through Parliament.

"As much as we acknowledge the fact that the law provides that some recommendations must go through Parliament, we want to make it clear that these reforms will only be made possible through a referendum and we won't accept anything short of that," he said.
He noted that while ODM party supports most of the details of the document, its stand is clear on the route that should be taken in making them laws.

On Thursday, during the opening of ODM's new headquarters in Lavington, Nairobi, the party leader, Raila Odinga, a key figure in the BBI initiative, made similar remarks.

On the other hand, Deputy President William Ruto suggested that the recommendations should be taken to Parliament and be debated by MPs.

Ruto has personally been lukewarm on the issue, shifting stands on a daily basis, as his allies insist on a parliamentary route.