A few minutes later, a Salon car rolled after hitting a tree at the same spot.

Motorists are advised to exercise caution and avoid reckless overlapping at overtaking in that spot.


Addressing the Press on Thursday in Nairobi, Mr Mutyambai said it is the responsibility of the passenger to ensure that he or she has a seat after boarding a vehicle.

“Do not blame the conductor or the matatu; responsibility starts with you as a passenger,” he said.

“Motorists and other travellers should also exercise caution on all our roads.

"The police and the National Transport and Safety Authority have been instructed to deal firmly with those found flouting traffic regulations,” he added.


See the photo below. 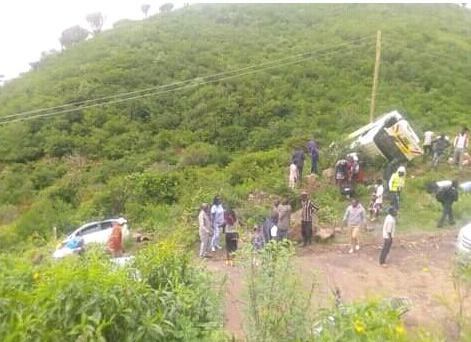