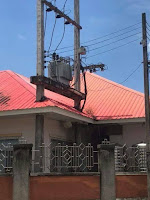 Thursday December 26, 2019 - A consumer has threatened to sue the Kenya Power and Lighting Company (KPLC) over an electricity bill of almost Sh200,000.

According to Evaline Aluoch, a resident of Rongo, she received the Sh199, 714 power bill in November, power purportedly consumed by her residential premises in Rongo Town.

She has since written to the power provider in a letter dated December 16, through her lawyer Tuli and Company Advocates, demanding answers.

Reports indicate that upon taking up the matter with KPLC, it reduced the bill by Sh52, 578, which her lawyer says is a confirmation that the bill is erroneous.

“By crediting our client’s account to the tune of Sh52,000, you have already admitted, that our client was justified in disputing the billing presented to her.”

“ Indeed, it is inconceivable how such a huge billing could be arrived at for a domestic account,” reads a demand letter to the company.

Evaline now wants power, which has been disconnected from her premises over the huge bill restored, failure to which she will move to court.

She has based her argument on the fact that in July last year, the meter reading was Sh25, 022, and cannot understand the sudden jump of her bill.

However, KPLC says that the reading is correct, arguing that the July 2018 reading was as a result of an irregular billing. It has installed a check meter to determine the bill authenticity.