See how JOHN MUTINDA was abused for years by his evil wife before driving his car into the Indian Ocean.

Wednesday, December 11, 2019 - The family of John Mutinda, the man who died after plunging his saloon car into the Indian Ocean last week on Saturday, was depressed due to years of abuse in the hands of his wife.

Kenya Ferry Services said Mr. Mutinda drove straight into the sea at around 4.20 am on Saturday without paying for the ticket.

The body of the 46-year old clearing and forwarding agent was retrieved shortly after 8 am on Saturday by Kenya Navy.
The wife, Ruth Mueni claimed that he had had a strange dream where he received a phone call from his late father prompting him to leave home in a hurry.

However, Mutinda’s mother has revealed his son was depressed after enduring years of abuse from the wife and revealed that he was recently burnt with hot water. 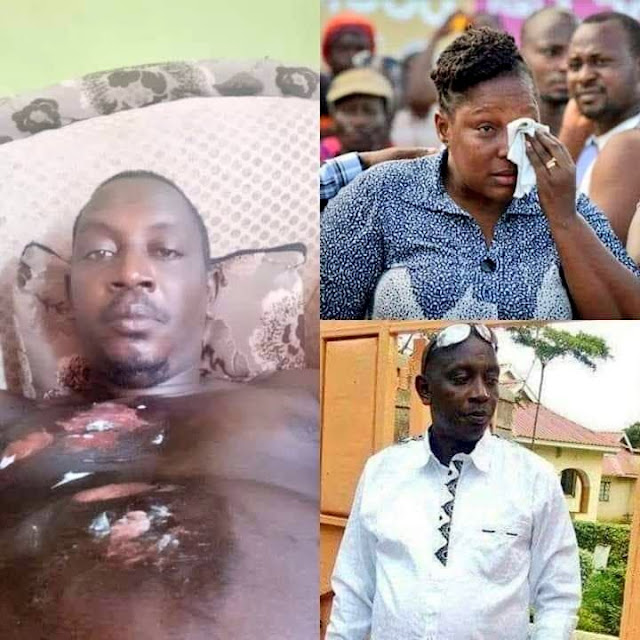 “My son died out of depression and despair because of the domestic violence and marital anguish he endured at home. It is, therefore, wrong for his wife to insinuate he had gone mad,” the mother said.

“After she scalded him with hot water, she rushed to lodge a complaint at Central Police Station in Mombasa, prompting police to lock up my son for four days,” she added while holding photos of her son with burn-wounds on her chest.

She now wants police in Mombasa to investigate her daughter-in-law over the alleged domestic abuse and also release the findings of the postmortem examination on his body for the truth to be known.