Friday December 6, 2019 - A new poll conducted by Kantar shows that Deputy President William Ruto is a man to beat for the Presidency in case elections are called today.

25 percent of the respondents were undecided.

"The current DP receives the support of more than one-third for the presidency in 2022, but this proportion is still considerably lower than the actual votes he would have to receive for a first-round win (50% plus 1 vote)," the pollsters say.

“What will happen to these figures after additional candidates emerge (whether or not the Constitution is amended or relevant legislative changes) is anyone’s guess.”

“But for now, the Deputy President stands in ‘pole position’," the pollster added.
Kantar, which was formerly known as Research International, said that it collaborated with renowned political polling researcher, Tom Wolf, formerly of Ipsos, who designed the questionnaire and analysed the data.

Over 1,203 respondents were interviewed across the country. 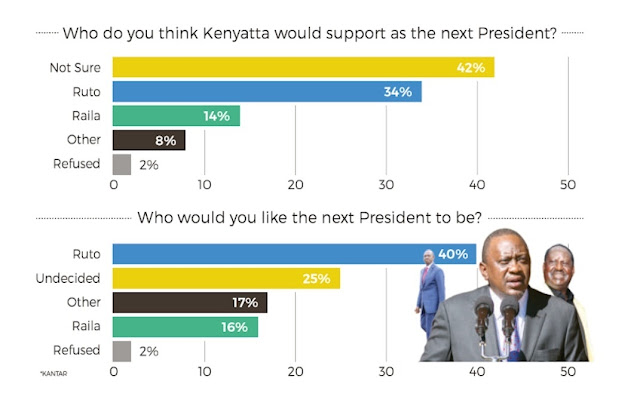