OTILE BROWN claims his ex-girlfriend, VERA SIDIKA, aborted his baby because she feared the baby will not be light skin (LOOK)

Wednesday, December 25, 2019 -  Talented Kenyan singer, Otile Brown, has once again fingered his ex-girlfriend, Vera Sidika, claiming that she aborted his baby because she feared the baby will not be light skin.

The Chagua La Moyo hit-maker made the same claims in 2018 in a song shortly after their messy break up.

According to Otile, Vera feared that he was not light-skin enough for them to bear a ‘cute’ baby and terminated the pregnancy.

However, the socialite rubbished Otile’s claims then stating that she was on a contraceptive while dating him.
Otile has reiterated his claims after the socialite, who is thought to be pregnant for her Tanzanian lover, Jimmy Chansa, shared a photo of her and Jimmy with the caption: 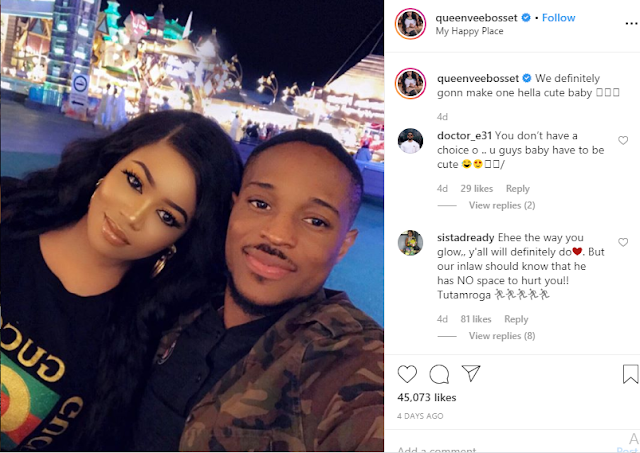 Her post stirred a storm on Instagram with netizens reminding her that her baby may be black because she was born dark skin only that she bleached her skin.