Nairobi man shocked after bailing out his fiance only to find out that she was arrested after patrol cops busted her having SEX in a car – Ogopa wanawake. 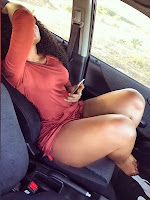 Thursday, December 19, 2019- A man has narrated how a close friend went through a painful heartbreak after he found out that his fiance was arrested by cops from central police station in Nairobi  after she was busted having sex in a car with another man.

Apparently, the lady called her boyfriend crying and requested him to come to the station and bail her out.

When he  questioned her why she was arrested, the lady said  that the cops arrested her for loitering at night.

As a caring boyfriend , the  dude went  to the station in the middle of the night to bail his fiance.

After paying sh 10,000, the lady was released but one of the cops pulled  him aside and inquired  whether he knows why the lady was arrested.

The poor dude told the cop that his fiance informed him that she was arrested because of loitering but the cop  revealed the painful truth to him.

Apparently, the cunning  lady was busted having sex in a  car by the patrol cops  and the man she was exchanging fluids with bribed the cops and left the lady to suffer alone. 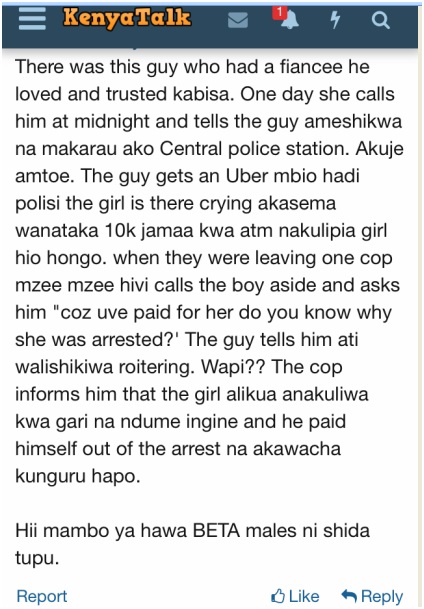