Friday, December 20, 2019 - This poor guy was forced to write to his boss begging for a transfer after he found out that his supervisor slept with his wife in their matrimonial bed while he was away to arrange his brother’s funeral.

He wants the boss to transfer him to another work station because he won’t be able to execute his duties properly, knowing very well that the supervisor slept with his wife.

He also requested to be given a one month leave so that he can recover from the painful heartbreak and try to sort out the domestic issues after his wife reportedly disappeared with their kid.
Check out the letter he wrote to his boss after finding out that his wife had sex with his supervisor in their matrimonial bed. 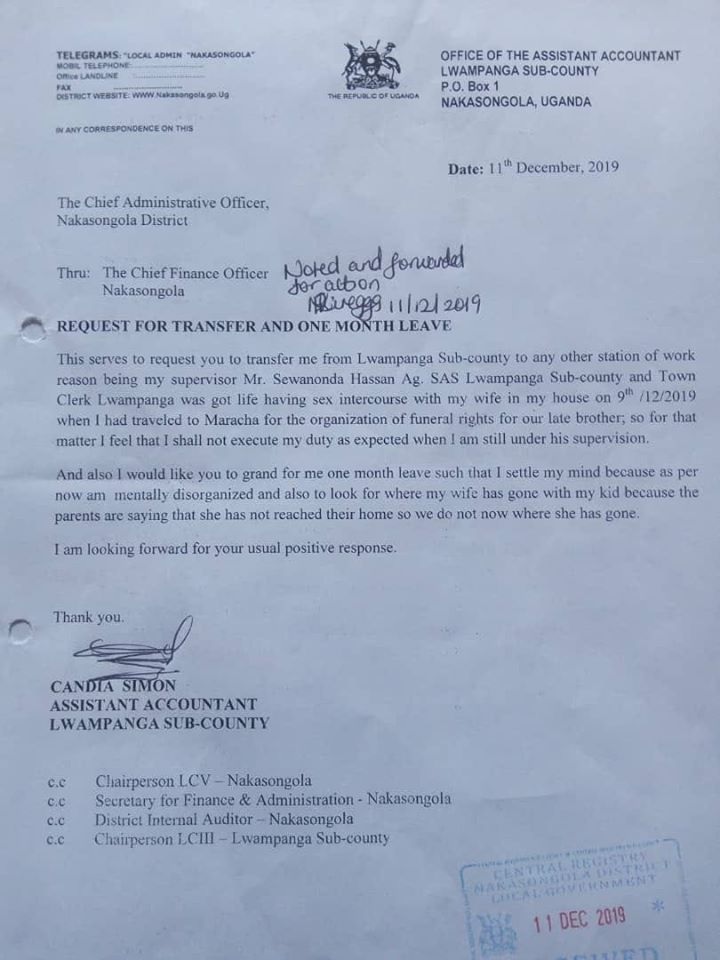