Most Kenyans support BBI report! Claims AHMEDNASIR ABDULLAHI as he reveals how KIKUYUs will shock both RAILA and RUTO in 2022 – You can’t trust them 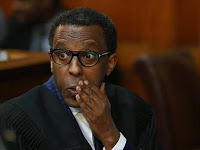 Wednesday December 4, 2019 - Lawyer Ahmednasir Abdullahi has revealed that most leaders and Kenyans are backing the Building Bridges Initiative (BBI) because it is harmless.

In a post on social media, Ahmednassir said that the report has nothing that seems to harm politicians including the non-performers.

He opined that the report will be adopted regardless of the route that will be taken noting that both the referendum and parliamentary channels remain viable for the report to sail through.

“All politicians & (sic) most Kenyans support the BBI REPORT (Because it is HARMLESS/USELESS report that recycle old ideas & (sic) shies from real issues).”
“So does it really matter if BBI REPORT is ADOPTED by parliament or thru a referendum? Or is the referendum designed to pass "OTHER THINGS"?” he wwondered.

He also claimed that Central Kenya has been dominating the politics of this nation and noted that leaders from the region will soon endorse one of their own to continue leading after President Uhuru Kenyatta completes his second and final term in office.

“From 1963-2019 the DESTINY & TRAJECTORY of Kenya was PRINCIPALLY determined by CENTRAL Kenya to ask Raila...he tried to change that REPEATEDLY. And FAILED REPEATEDLY.”