Kipchoge, who recently became the first human being to run a marathon in under 2 hours, could not hide his delight after meeting with six time F1 world champion, Lewis Hamilton.

"A very inspiring weekend with @MercedesAMGF1 at the Grand Prix of Abu Dhabi."

“A pleasure meeting Lewis, Valtteri and the entire team and see their focus, discipline and hard work from up close.” 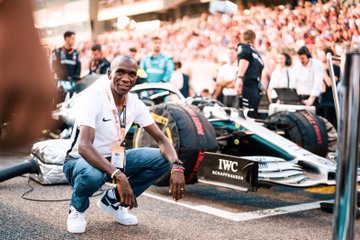 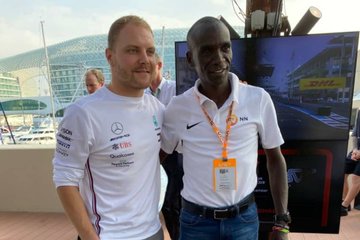 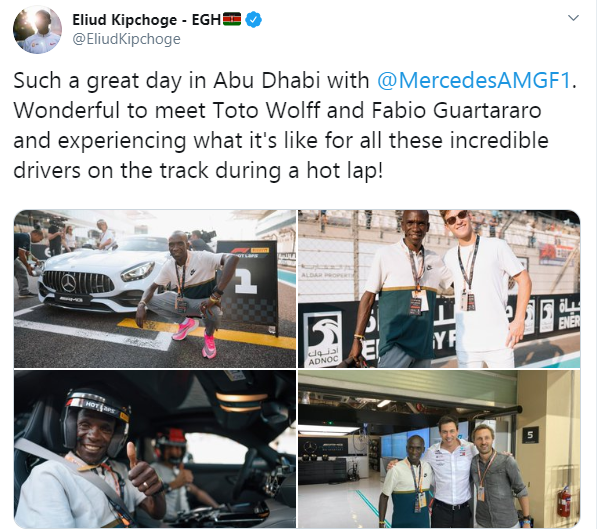 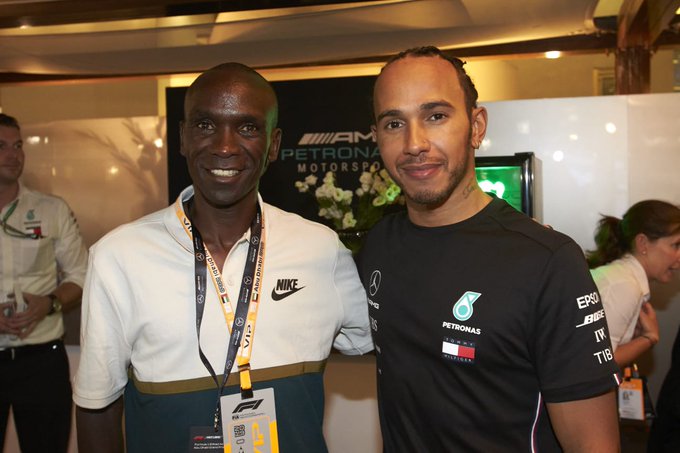