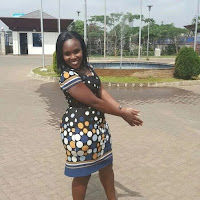 It all started after Havi tagged Lindah on Twitter on a video of former Prime Minister, Raila Odinga, joking that he looks younger after getting his hair done at a popular spa and hence he wanted a ‘ndogo ndogo’.

While reacting to the viral video, Havi said that he does not want a ‘ndogo ndogo’ like Baba, but rather prefers a ‘kubwa kubwa’ and tagged Linda.

“Mimi na tafuta kubwa kubwa. Mko wapi @lindahoguttu? ”
However, Linda did not take his comments lightly and asked him not to drag Raila Odinga into his sexist sentiments because she sees him as a father figure.

“Wakili, this man @RailaOdinga is the closest I have to a dad… he made that clear when he came to bury dad.