Friday, December 20, 2019 - This staunch Donald Trump supporter has made good his threat and donated his left testicle for medical research to protest Trump’s impeachment by the House of Representatives on Wednesday.

The man identified as Mr. Joey Saladino, had announced on twitter back in September that he will donate his left testicle in protest if Trump was impeached.

Following the impeachment, netizens were keen to see if he will keep his word and he has done exactly that.
He shared a photo of himself in hospital giving up one of his balls and even shared a letter of acknowledgment from the National Testicle Association (NTA) after the donation. 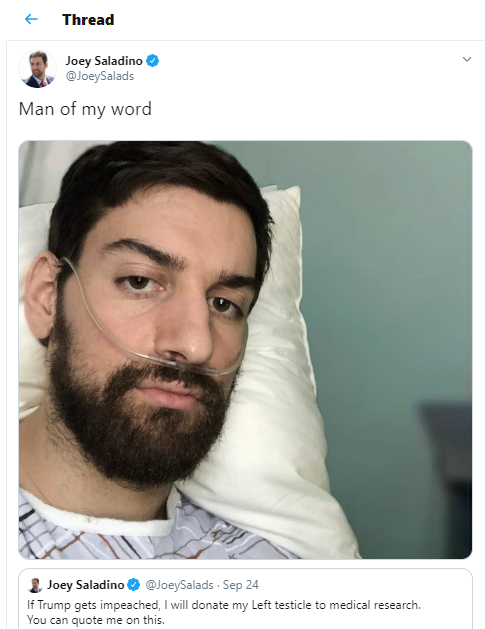 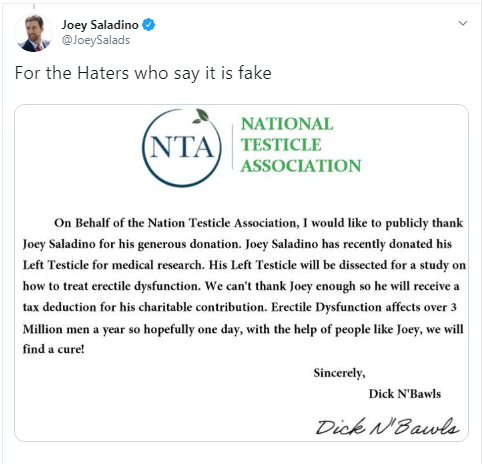