Did this beautiful lady called EMMA murder her own daughter before dumping the body in a swamp in Kasarani? Shocking details emerge as baby daddy spill beans (PHOTO)

Wednesday, December 25, 2019 - A middle aged lady identified as Emma has been linked to the murder of her daughter.

According to information shared online, Emma killed her daughter and lied to friends that the little angel fell sick and died after being taken to Aga Khan Hospital where doctors examined her and found nothing.

Despite close friends buying the lies and even contributing to the burial, it  has now emerged that Emma murdered her daughter, Smile.

Apparently, there are no records at Aga Khan to show that the baby was admitted.

She allegedly murdered her baby and dumped her body in a swampy area in Kasarani.
The body was discovered 3 days later after it started floating.

Emma’s baby daddy spilled the beans after finding out that she killed the innocent baby.

He is desperately seeking for justice through social media.

Read the shocking post linking Emma to the death of the little angel . 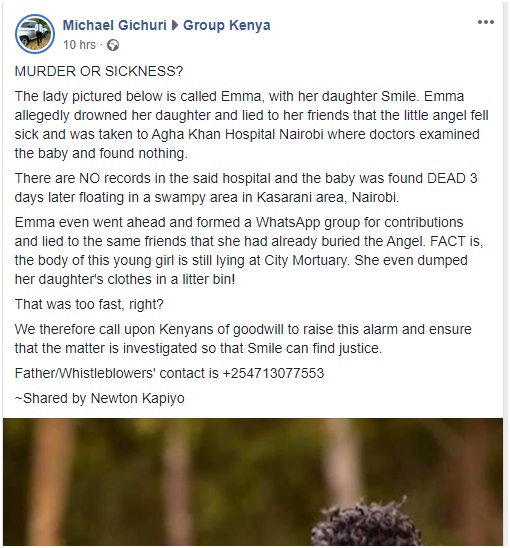 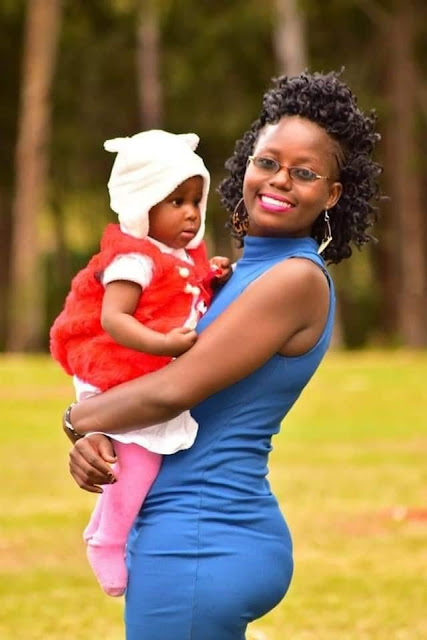