Concerned City parent puts GLOVO on the spot for delivering Alcohol to teenagers under 18 years in Nairobi.

Monday, December 23, 2019 - A concerned city parent has taken to twitter to call out Glovo for delivering alcohol to teenagers under 18-years.

Glovo is a fast rising on-demand courier service that purchases, picks up, and delivers products ordered through its mobile app.

The parent identified as David Mugo stated that authorities including DCI should stop Glovo from delivering alcohol since they had no way of verifying the ages of the people who made the order.

His tweets raised a mini-storm with some people accusing him of being a poor parent for giving his kids a mobile phone from which they made the order while others reckon Glovo is to blame.

Check out his tweets and reaction below. 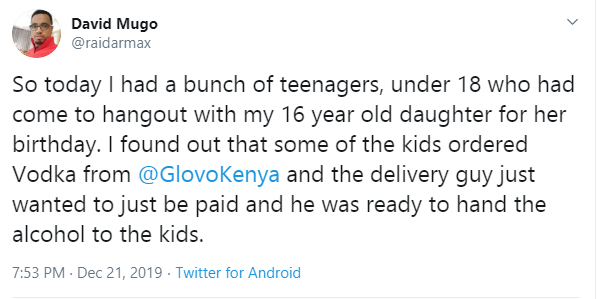 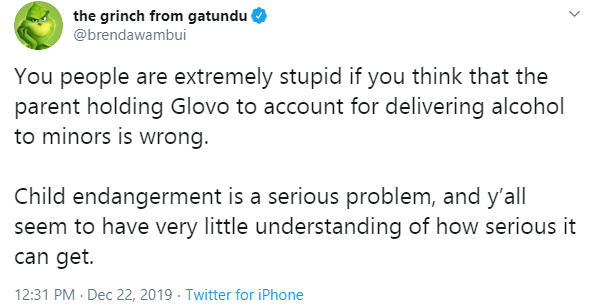 After outrage on social media, Glovo issued a statement and promised to put in checks in place in future age-restricted delivery. 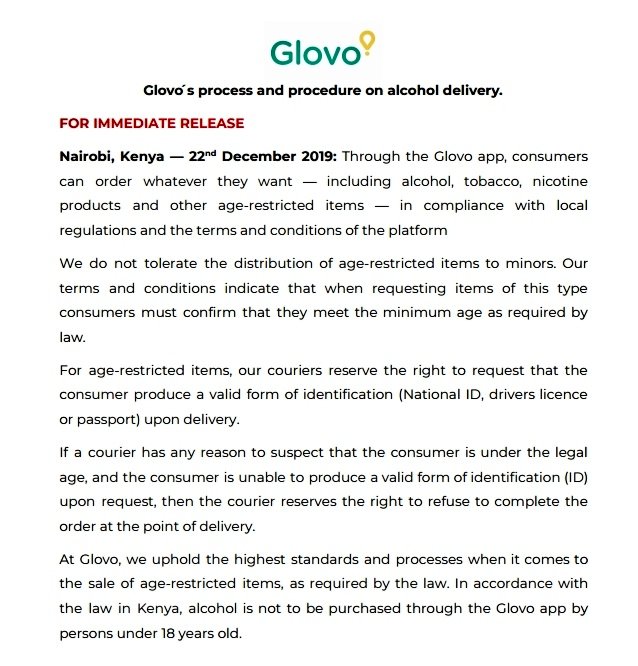