Check out our tips on Arsenal v Manchester United mouth-watering clash and 9 games played today where you can make easy money. 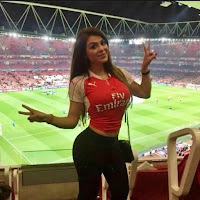 Wednesday, January 1, 2020 - The New Year gets underway in style with a mouth-watering clash pitting once Premier League giants, Arsenal and Manchester United.

The Gunners and the Red Devils enter the new decade sitting outside the top four and looking to rediscover their past glories under the leadership of former players.

Arsenal have won just one of the last six meetings between these two sides, although that was the corresponding fixture last season where Xhaka and Aubameyang fired them to a 2-0 win.

Aubameyang has scored in each of the last three editions of this fixture, including the reverse contest in September when he earned Arsenal a 1-1 draw at Old Trafford.

United are one short of 100 wins against Arsenal across all competitions, whereas the Gunners have come out on top 83 times and there have been 49 draws in the past 231 meetings.

While the form book and league table points to a Manchester United win, Arsenal have not got what they deserved from Arteta's two matches at the helm so far and we are confident they will come away with at least a point from this one.