AKOTHEE shares message from a relative wishing her death as she gets discharged from Hospital! 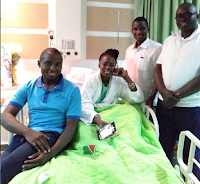 Wednesday, December 11, 2019 - Singer Esther Akoth alias Akothee has exposed a relative wishing her death after she was discharged from hospital.

The controversial singer and businesswoman, had been hospitalized at Karen Hospital for 11 days after she collapsed while performing during the Luo Festival.

Taking to Instagram, the mother of five shared a message that a relative identified as Wycliffe Omondi sent to her while she was in hospital.

Akothee couldn’t understand why Omondi is so bitter, yet back in the village, his father is a good friend of hers.

“Message from a relative of mine right from the village of kanyaserega, wickliffe omondi Oguta, ma wuod Oguta marianga mosiepna, your dad Loves me to death.

“Any time I drive past your home, and I see him along the road, I must stop and even if I passed him, I have to reverse and come back to see him.

“He will dance for me, sing for me and hug me, he calls me his wife, he behaves like he is crazy, but a very humble intelligent man never seen such a humble man in my entire village minding his own business, same to your entire family.

The self-declared president of single mothers got discharged on Monday after spending 11 days at the Karen Hospital.

See the message below. 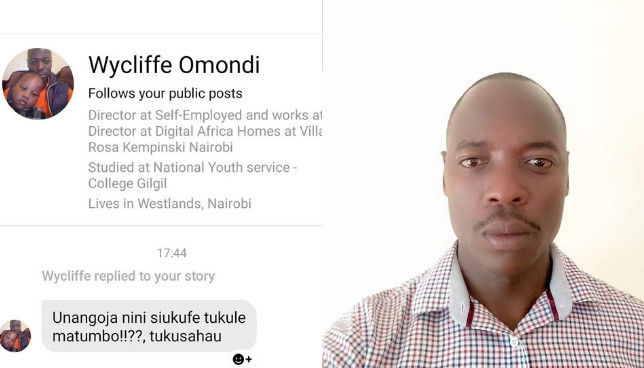