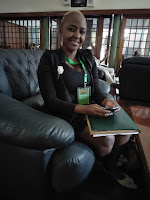 Wednesday, November 27, 2019 - A businesswoman identified as Wangui Rindi has dumped a man who has been alleging to be her lover and husband on social media after she started a successful company called Rindi Group Limited.

Before she started the company, she was busy exchanging sweet words with the poor guy she dumped on facebook and plastered his face on her page, warning the public not to transact any business with him.

The woman denied that she has ever been in a relationship with the man but as they say, the internet never forgets.

There are screenshots to prove that they have been in a relationship before.

In fact, when she was launching her company, the man showered her with praises, saying that he is a proud hubby.

But things have taken an interesting twist after her company became successful.
She doesn’t want anything to do with him.

She plastered his face on her facebook page and warned the public not to deal with the poor dude.

“My name is Wangui Rindi MWANGI aka Nyina Wa Ciana was and will forever remain.
For those asking he is not my hubby nor boyfriend nor anything. Just a former consultant and my clients deserve to know.” She posted.

See how women can turn into chameleons. 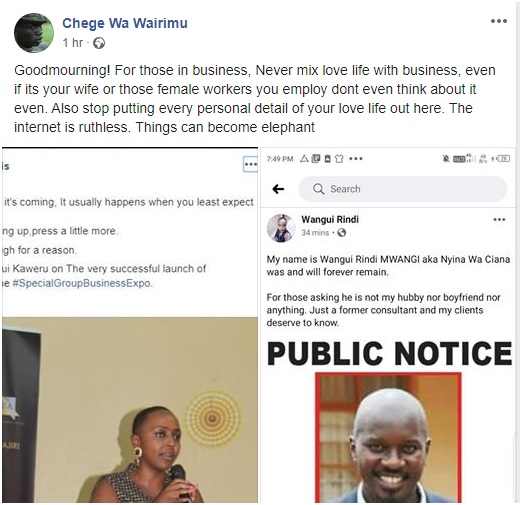 When she was launching the company in July, this is what the hubby who has been dumped like garbage posted. 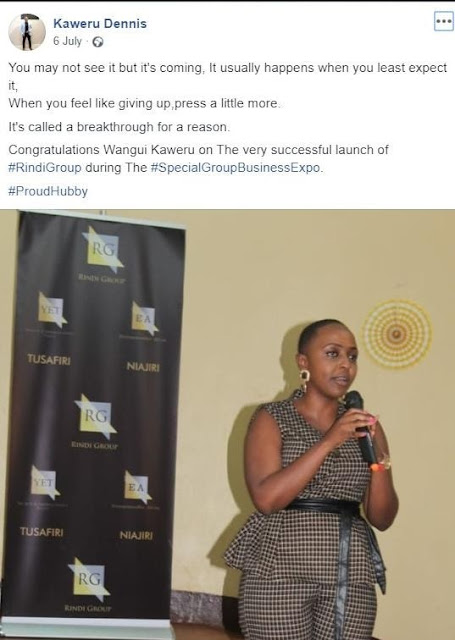 Things have now taken an interesting turn after her company became successful - Women are not loyal at all.