0 Entertainment News, Gossip and Drama, Videos 06:56
A+ A-
Print Email 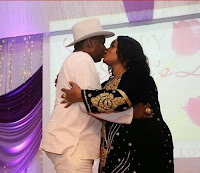 Tuesday, November 19, 2019 - Nairobi Governor, Mike Sonko, was engaged in a heated phone conversation with a notorious city cartel member identified as Zack Barasa, who we understand has in interest in the Bungoma Gubernatorial seat in 2022.

Barasa called Sonko and tried to sweet talk him with a bribe but the Governor lost his cool and started threatening him with unprintable insults.

Sonko told Barasa that although they are close friends, he has to separate work and friendship.

A heated argument ensued, with Sonko threatening to shoot Barasa in the buttocks.
He called him a useless dog and threatened to deal with him mercilessly.

However, Barasa, who is believed to be part of a powerful cartel in the city, didn’t back down.

He told Sonko to come and face him if he is man enough.
Listen to the leaked phone conversation.
The Kenyan DAILY POST