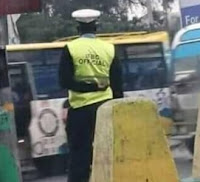 Friday, November 1, 2019 - This traffic police officer was spotted in the streets controlling traffic while wearing an IEBC reflector instead of the normal reflector that the police are supposed to wear while executing their duties.

The photo has been widely shared on social media with majority of Kenyans concluding that the Government is totally broke to the extent of lacking funds to buy police uniforms.
See the pic. 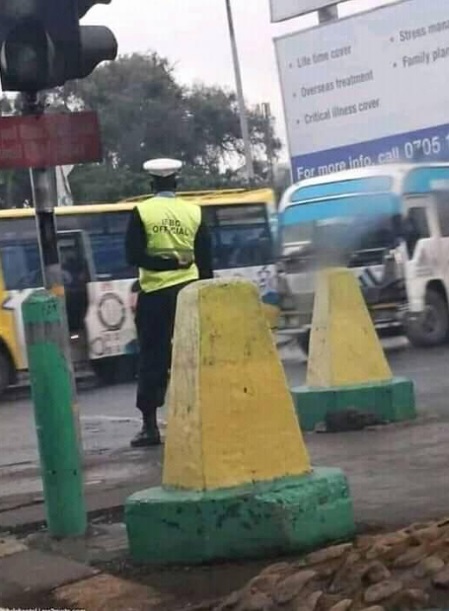