TONY GACHOKA says UHURU told him that RUTO is fighting him and wants to control Mt Kenya - The DP is sabotaging my Government!! 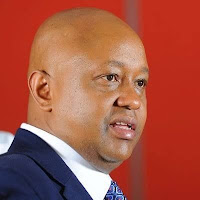 In a tweet on Friday, The Pointblank show host claimed that Uhuru told him that Ruto has been disrespecting him by trying to wrestle his influence in Central Kenya.

Gachoka made these remarks after a local publication linked Ruto to sabotage of President Uhuru Kenyatta’s administration.

"@kipmurkomen good morning, I wish to confirm that I have spoken to the President severally & DP Ruto & you are fighting him @StateHouseKenya in & out of Parliament.”

“Kenyans, Uhuru & his deputy are at war," Gachoka stated.

President Uhuru Kenyatta's working relationship with Ruto has been a subject amongst their followers, with Dr Ruto dismissing Uhuru's decision to work with opposition leader, Raila Odinga.