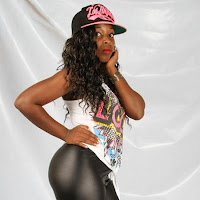 According to the mother of one, who is currently dating controversial Lamu Senator, Anwar Loitiptip, it is stupid for single mothers to be loyal to married men.

“Ladies no offense but the highest form of stupidity, is a single woman being loyal to a married man,” she wrote.

Her post has left tongues wagging given that the man she’s dating is said to be married.

Their affair came to the limelight in June this year after they were caught up in a night club scuffle that left the Senator nursing serious injuries.

The Senator was hospitalized after he suffered cuts on his head during the brawl at a popular entertainment spot along Thika Road.

While the Senator has never come out publicly to confirm their relationship, Saumu has been gushing over him on social media while sharing their loved up photos.

Before she met the Senator, Saumu was dating a notorious Casanova and social climber called Ben Gatu who dumped her while she was heavily pregnant.

"We started as friends and dated for nine months and we broke up when I was heavily pregnant.”

“He used to beat me and after sharing with friends I went to my dad and told him 'I couldn't take it more. I know I've wronged you,' and he accepted me back as a father."