The appointment of Wathigo raised eyebrows, especially because of the past that might come back to haunt the appointee.

The controversy surrounding Wathigo first came to light in 2017 after he narrated to that he, together with 11 other Kenyans, were arrested in Mozambique in December 16, 2005, and transferred to a Tanzanian jail.

According to Wathigo, he arrested on allegations of carjacking. However, it was later established that the car had been bought for Ksh1.9 million by one of his co-accused. 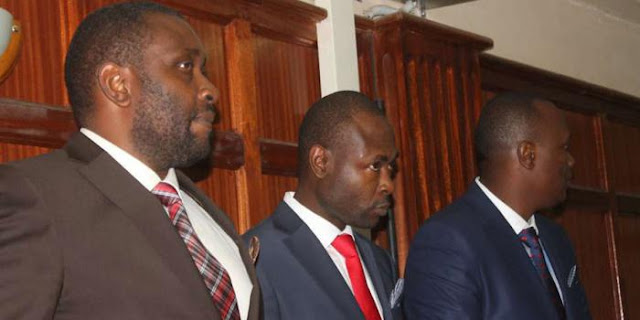 He would spend the next nine years in the Tanzanian jail where they were transferred to after an alleged Interpol letter indicated that Wilfred Onyango Nganyi was wanted by Tanzanian police.

Wathigo returned to Kenya in august of 2014 after he was released with two others.

In May 2018, he hit the headlines again after a video emerged of him in the company of five others, attacking former Nairobi Central Business District Business Association (NCBDA) Chairman Timothy Muriuki.