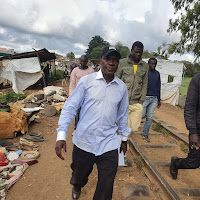 In a tweet on Friday, Khalwale argued that it is evident that Raila does not believe that Parliament can pass anything that benefits the taxpayers.

According to him, Raila wants to tell Kenyans that Parliament is too corrupt to pass anything with transparency.

"According to Raila Odinga, Parliament is too corrupt to be trusted with the BBI report.”

“ However, he says that the same Parliament is ideal and just fine for electing, for Kenyans, a powerful Prime Minister in a Parliamentary System of government. Contradictions beyond logic!' he tweeted.

While speaking during the opening of ODM's party offices in Lavington on Thursday, Raila said that the Building Bridges Initiative (BBI) report was formulated by collecting views of the people, adding that the same people should be approached once more to make a final decision.

He argued that parliament is not the ideal place for reforms.

He claimed that Members of Parliament are likely to be bribed to pass or reject the report because of their selfish interests.

“The process must be people owned, it must not be taken to Parliament. It is the people to own the document," said Raila.