She was in a jovial mood! WANGUI’s best friend shares her last moments before her husband killed her and chopped off her breast (VIDEO) 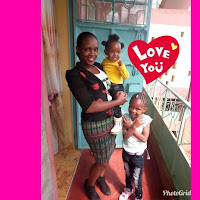 Tuesday, November 19, 2019 - Faith Wangui, a 25 year old woman, was brutally murdered by her estranged husband Muchiri, after they met to mend mences.

She travelled all the way from Murang’a to Nakuru  and met her husband at an entertainment joint in Nakuru and that’s the last time she was seen alive.

Her body was discovered at the Menengai Crater six days later, with her breast and hand chopped off.

Her face was also doused with acid.

Wangui’s family described Muchiri as an abusive man who tortured their daughter for the 6 years they were married, prompting her to walk out of their matrimonial home.
A close friend of the deceased has shared a video on facebook, showing the good moments they had together before she met her death.

She was  lively and jovial.