Thursday, November 21, 2019 - These identical twins from Nanyuki have excited Kenyans after they scored the same marks in the 2019 KCPE.

The 13-year olds, Mark Gachau and Maxwell Gachau who were candidates at St Christopher School in Nanyuki, scored 400 marks each out of a possible 500.

According to the school headteacher, Agnes Nkiria, the boys had been getting different marks in the past exams.

“They did not exactly tie in the exams."

"They used to perform well since Maxwell would get around 390 to 400 marks while Mark never went below 400 marks,” said school headteacher Agnes Nkiria.
“I am very happy and proud of my brother."

"I knew that we would perform well but I never expected we would score the same marks because we do not perform the same in school,” Mark said.

On his part, Maxwell said his motivation came from his parents as well as competition from his brother.

“When we were in lower primary, I was always ahead of him but when we got to Class Four, he started competing with me, and it has been that way ever since,” he said.

Maxwell hopes to join Mang’u High School and thereafter pursue a career in aviation as a pilot while Mark hopes to join Alliance Boys High and his dream is to become a doctor. 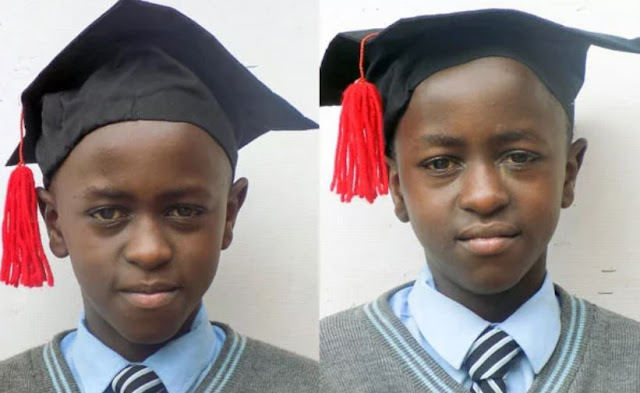