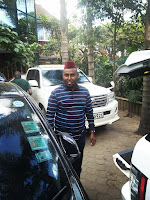 Sunday, November 10, 2019 - Kimilili MP, Didmus Baraza, was roughed by ODM goons during the Kibra by-election where he lost his trademark maroon cap.

As a section of Kenyans continue to call for the arrest of those involved in the mayhem, Junet Mohammed, who is the Suna East MP and ODM’s Director of Campaigns, left tongues wagging after he showed up at a rally in Kibra wearing the maroon cap.

Junet was among ODM leaders who attended the thanks giving ceremony to celebrate Bernard Okoth’s win on Sunday at DC Grounds.

Baraza was assaulted by goons marshalled by Dagoretti North MP, Simba Arati, as police officers watched.
As his aides attempted to shield him and whisk him away from the mob that was raining kicks and blows on him, someone grabbed his cap.

It is not clear if it is the same cap or that Junet is just mocking the vocal MP who is one of DP Ruto’s foot soldiers. 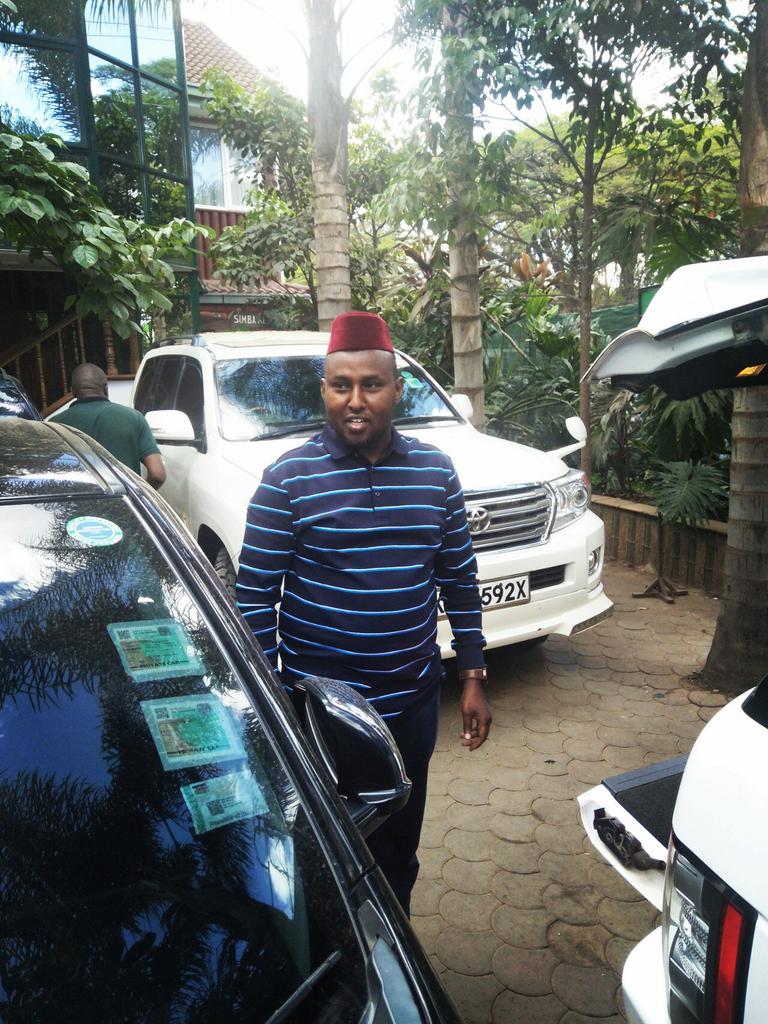 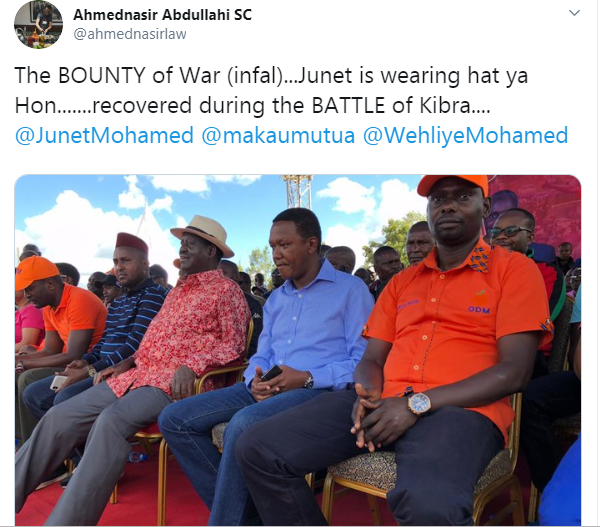 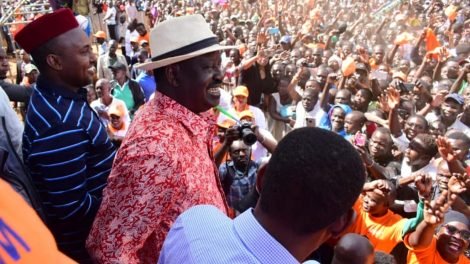 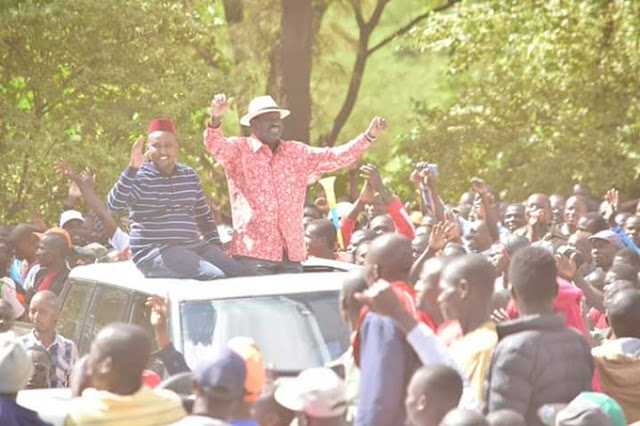