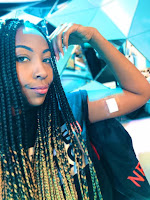 Friday, November 8, 2019- NRG radio presenter, Mwalimu Rachel, has stirred a storm on social media after she revealed that she had renewed her five-year birth control implant.

The mother of one stated that she opted to renew the birth control implant as she didn’t want another kid and went on to urge women to take control of their lives and bodies by choosing the right method of family planning.

“The plan was2get another child but changed my mind.
“One kid works just ok4me at the moment."

Her post elicited mixed reactions with some echoing her sentiments while some ignorant folks stated that she just wants to enjoy raw sex without worrying about getting pregnant.