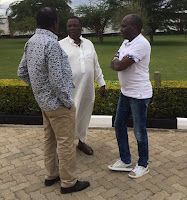 Thursday November 28, 2019 - The Central Organisation of Trade Unions (COTU) Secretary General, Francis Atwoli, has faulted the Building Bridges Initiative (BBI) report, saying the initiative’s taskforce drifted away from the purpose for which it was designed.

Speaking on Thursday, Atwoli warned that the BBI report if implemented in its current form will throw the country into anarchy.

“The report did not address the issue of exclusivity in governance which is the main reason why Kenyans fight every electioneering period,” he stated.

He insisted that the report should be re-looked at in order to address the cause of division in the country.

He faulted the report for not capturing the position of a powerful Prime Minister and a parliamentary system of governance which he said was the only way to achieve inclusion.

Atwoli maintained that there was nothing new in the BBI report other than the reintroduction of a weak Prime Minister.

“The issues they have recommended in the report are all in the current constitution.”

“They have only changed the position of the Leader of Majority to a Prime Minister,” he said.

Atwoli was also disappointed that the issues they presented to the task force as workers’ union were not factored in the report, reading a fear factor among members of the task force.

“We know our enemy which is governance – this is what they should address.”

“As workers union we told the task force that we wanted a powerful Prime Minister and a parliamentary system.”

“Why are they sugar coating? Who do they fear?” he posed.

He also warned against having a Prime Minister nominated by the President saying it will cause chaos.

“If we remain with a powerful president and a presidential system of governance, the country will see fire,” he cautioned.